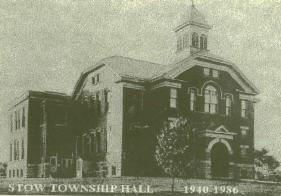 Housed in a one-room office in the basement of the old Town Hall, the Stow Police Department was first established in April 1957 and consisted of Police Chief Robert Avery (a patrolman from the Akron Police Department) and Police Officers Robert Woodard and Ronald Harper who were former Summit County Sheriffs Deputies. There were no requirements for specialized training, as there are today, and most trainings was done on the job.

<>In 1958, 3 officers were added to the force as well as part-time volunteer "Special" Police. These "Special" officers were similar to the Reserves today, but they were permitted to carry firearms. In 1957, all dispatching was performed by the City of Cuyahoga Falls. However, in 1959 the department moved to the first floor of the old Town Hall, occupied two offices, and began its own dispatching.

In 1967, having long outgrown the space in the old Town Hall, the City of Stow purchased a building at the intersection of State Route 59 and State Route 91 which had been used over the years as a wholesale food warehouse, an aluminum storm door company, a fruit and produce market and the Sealtest Dairy ice cream storage and distribution facility. This "new" facility was to house the Police and Fire departments from 1967 until the present Safety Center was built in 1995. At the time, this facility was a vast improvement for the department, and officers at that time couldn't imagine outgrowing the "spacious" facility. 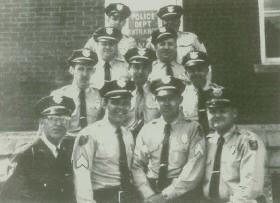 In 1995 Stow Police and Fire Departments moved into the Stow Safety Center located behind City Hall at the intersection of Graham Road and State Route 91. This facility currently houses all Police functions and boasts an indoor firing range, exercise room, a 12-day jail facility; which is not yet in operation; offices and interview rooms, a polygraph area, and evidence storage and laboratory facility. Since its initial stages, our police department has grown from a staff of 3 full-time police officers to 43 full-time police officers, and we employ additional staff who provide support including Youth Services, Police Records, Community Service, and Crime Prevention. 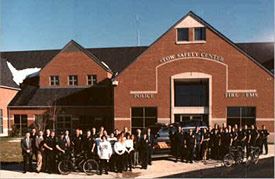