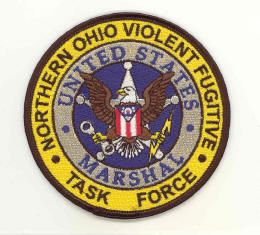 The detective bureau is comprised of four detectives and investigates many types of offenses such as financial crimes including identity theft and fraud, burglary and robbery, sex crimes and child abuse, drug-related offenses, and other serious crimes.

Because investigating certain crimes requires a higher degree of technical skill and knowledge, each detective is trained in a specific area of expertise such as polygraph, narcotics investigations, homicide, auto theft, sex crimes, and burglary.

One investigator is assigned part-time to the Summit County Drug Unit and works to thwart the manufacture and distribution of drugs in Stow. The Drug Unit was recognized by the Ohio Attorney General in 2008 for its outstanding achievements in the war on drugs. The Bureau provides a separate phone line 330-689-DRUG for citizens to provide anonymous drug tips.

Another investigator is a member of the U.S. Marshal Northeast Ohio Violent Fugitive Task Force.

Internal Affairs The Bureau Commander is responsible for investigating complaints against police officers and other Department employees. Persons desiring to file a complaint on an officer or other police employee must first make a report with a supervisor at the station. This can be done on a 24-hour basis.